Here is what Adolphe Lele Lafrique thinks about Back to school 2022-2023 in the North West of Cameroon. The English-speaking region of North West Cameroon has marked the start of the 2022/2023 school year and the governor says he is optimistic after a tour of schools despite the call for a boycott by the separatists.

To observe the smooth running of the new academic year, the Governor of the North-West region Adolphe Lele Lafrique organized a tour, on Tuesday, September 6, of several schools, in order to observe the effectiveness of the new school year.

In front of teachers and students, Adolphe Lele Lafrique thus asked to turn a deaf ear to the call for a two-week boycott launched by the separatists to counter the good performance of the new school year.

“Reports from the region attest that the first day of school reopening for the 2022-2023 academic year has been effective in Donga Mantung division and some faith schools in Bamenda”, informs the Ministry of Territorial Administration.

Education stakeholders in the North West region are optimistic about a more massive return of learners to classes in the days to come.

Fully-Funded Rhodes Scholarships for West Africa in the UK 2022 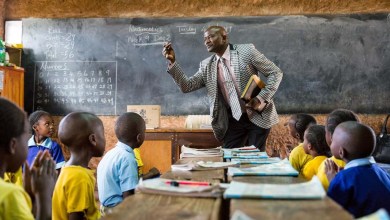