Journalists from all over Africa are invited to apply for this prize, which aims to discover and promote the continent’s new talents.

The winner will spend three months at the BBC headquarters in London, where they will gain skills and experience.

The award was established to honor Komla Dumor, an outstanding Ghanaian broadcaster, and presenter of BBC World News, who died suddenly aged 41 in 2014.

Dumor’s widow, Kwansema Dumor, said she was “proud” of her husband’s impact at the BBC, and also said his family was “grateful to the BBC for remembering him” through the price.

The BBC encourages journalists from across Africa to apply for this award, which aims to promote and celebrate outstanding journalistic talent living and working on the continent.

As well as receiving training, the successful candidate will have the opportunity to travel to a country in Africa to report on a story they have researched, with the report being broadcast to BBC global audiences.

Known for championing robust and vibrant journalism and for his commitment to reporting African stories comprehensively and authentically, Dumor has had a significant impact on Africa and the rest of the world.

To apply for this prestigious award, you must currently live and work as a journalist in Africa.

If successful, your employer must be prepared to release you for three months from September 2023 so that you can travel alone to accept your internship in London.

The visa requires that you hold a degree or are studying towards a degree equivalent to a UK Bachelor’s degree from a recognized university.

References, proof of employment, birth certificate, passport. An appropriate UK visa and proof of English proficiency will be required from shortlisted candidates.

Dumor was the presenter of Focus on Africa, the BBC’s first-ever English-language daily television news program for African audiences. It aired on BBC World News, which will merge with BBC News later this year to create a single 24-hour television news service.

He was also one of the main presenters of the European morning segment of BBC World News.

He joined the BBC in 2007 after a decade of broadcast journalism in his native Ghana where he won the Ghanaian Journalist of the Year award.

Between 2007 and 2009, he hosted Network Africa for the BBC World Service, before joining The World Today program.

In 2009, Dumor became the first host of BBC World News’ African business news program, Africa Business Report. He has traveled across Africa, meeting top African entrepreneurs and reporting on the latest business trends on the continent.

In 2013, Dumor was included in New African magazine’s list of 100 most influential Africans. 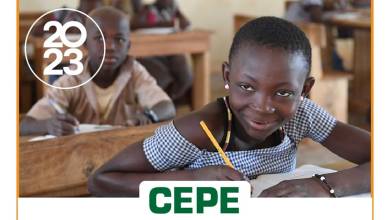